Neha Tulsian moved to set up VGC Bangalore, carting with her the tools of her trade: PC (oh sorry… MAC), portfolios of aspiring designers, a design book that cost her Rs. 10000, her boom-boom voice and her ego (swathed in bubble wrap of course). In the process of moving into the VGC office, one of the movers dropped a giant crate on her head. Thus trepanned, her creativity began to flow fast and furious. The result is these Pantone swatch curtains with typography. If you like them, she will gladly sell you some. And if you totally hate them, grab a kitchen knife and take inspiration from Alfred Hitchcock’s Psycho. 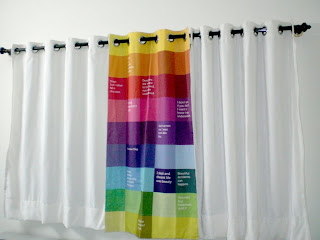 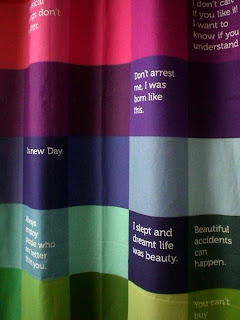 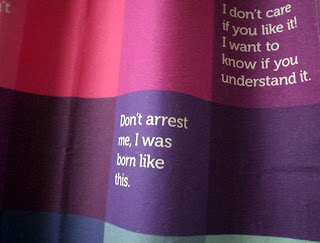 Posted by Vyas Giannetti Creative at 9:24 PM No comments: 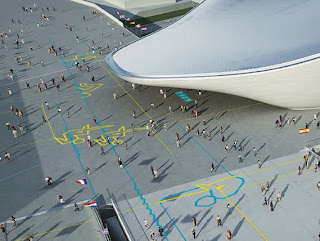 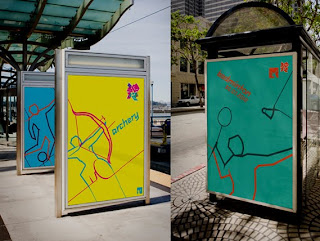 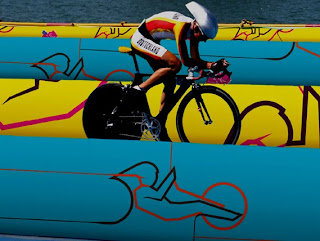 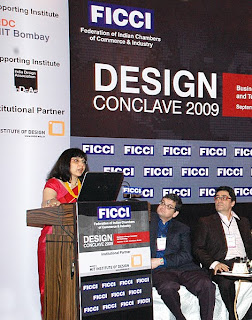 The Federation of Indian Chambers of Commerce and Industry (FICCI) recently invited Preeti Vyas, CEO of VGC, to speak at a panel discussion on how Businesses can be transformed through Design at the Fourth FICCI – Design Conclave 2009 in Mumbai.

Preeti Vyas spoke of how strategic design has empowered key players in the Indian industry; also as India Inc. is discovering brand building through design, she illustrated how design can provide a viable roadmap in a brand’s journey. Additionally she presented a case study to demonstrate how brand building can be achieved through focused strategic design initiatives.

About FICCI– Design Conclave:
It is a unique business facilitation forum. Its aim is to network with Indian industry and the design community to chart a future course of action in the area of Design Policy and Business Promotion.
Posted by Vyas Giannetti Creative at 1:45 AM No comments:

VGC paints a picture of Shantaram’s mind for Elle Decor 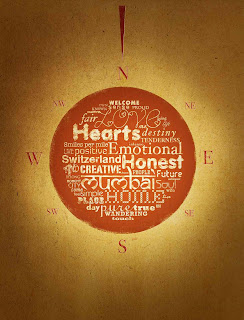 Elle Décor magazine ran an essay about what ‘Home’ meant to Gregory David Roberts author of the famous book Shantaram. And Preeti Vyas and team VGC were invited to create a typographic sketch inspired by his essay.

Having lived all over the world from a prison in Australia to New Zealand, a slum in India, the battlefields of Afghanistan, Germany and now Switzerland, the famed writer had evolved a very unique concept of ‘home’. So Preeti Vyas and VGC took words and sentences from Gregory's essay and put them in a compass, as he refers to ‘the needle of his mind's compass’.

The typography reflects his own character that has attained a kind of ruggedness, having being wrought by every place he has visited and been influenced by.

Typography conveys a cogent portrait of a brand’s personality. Some people proclaim typography to be an emphatic, distinct and powerful Visual Voice. Still others liken it to garments that words wear. Typography analyst Caroline Archer once said “just as we make judgments about people by the clothes they wear, so we make judgments about the information we're reading by the typefaces."

In branding, the way letters are designed to convey a message, can bring important emotional connotations to the fore. This appeals to that part of people’s brains, that decode typography on a subliminal level, picking out nuances that would otherwise entail lengthy explanations. So, in other words, typography can be the most concise way to tell the story of your brand.

Let us pretend we are trying to brand the city of Rome. Now which stands out as most likely? 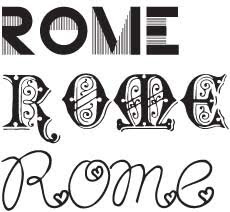 If you chose the second option, you are not alone. For the font is consistent with the image we have of Rome as being an ancient city full of art, history and culture.
The first option is very modern and edgy for such a historic city, and the third option is clearly too blithe and inconsistent with our image of Rome as being the cradle of one of the world’s oldest civilizations. As you can see the word is the same, but it is the typography that made all the difference.

Many brands have been built using Typography. CASIO uses a very electronic digital font that immediately conjures up images of what the brand sells. IBM’s thick font and soothing blue and white stripes conveyed its dependability and consistency. Sharp, Lego, Hitachi, Sunkist are just some famous brands that have used typography to convey their brand essence.

Even magazines convey their brand essence through typography. For instance Vogue’s Bodnoni serif font conveys style and elegance. The Time magazine’s font conveys its authority as the disseminator of latest news. And National Geographic’s font expresses its pioneering spirit and responsibility towards the world's cultural, historical, and natural resources.

As you can see, Typography is a powerful tool in branding, and some of the worlds most famous brands have recognised this, and used it to their advantage.
Posted by Vyas Giannetti Creative at 10:03 PM 2 comments:

After months of talking about it, we're finally writing. We started this blog because we wanted to create a space where we could discuss Design with you. If you want to see what moves, excites and inspires us, check out the interesting articles and anecdotes we’ll post. We’ll also keep you updated on all the events at VGC. So look us up often!

Posted by Vyas Giannetti Creative at 9:32 PM No comments: